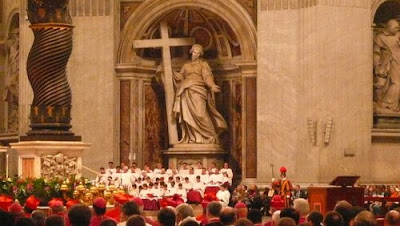 One of the advisers to the Vatican's elite was removed from office this week due to alleged involvement in a sex scandal. The police recorded a phone call from Angelo Balducci in which this requirement homosexual prostitution services to one of the elements of the Vatican choir, Ehiem Thomas, who was also suspended.
The situation was discovered by chance, since the phone Balducci was being heard in connection with a corruption investigation that had nothing to do with the Vatican. The case had a strong echo in the Italian press, who said that Pope Benedict XVI is already aware of the situation.
Balducci had a responsible position in the Vatican. he was responsible to escort, for example, the heads of state on official visit.
Publicado por viswhaaw en 2:23 AM