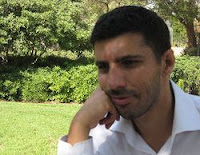 Rabbi Burstein insists that he is not legitimising homosexuality within the religious community.

“Of course we believe it is a problem and that the solution should be therapy, but there are always going to be a certain number of religious homosexuals who have tried and failed to change. What about them?”

While it is identified with the national-religious community in Israel, PUAH also receives halachic guidance from many of the senior Charedi rabbis, including Yosef Shalom Elyashiv and Ovadia Yossef. Rabbi Burstein consulted with both on the homosexual issue. After receiving the rabbis’ authorisation, the next step is to consult with a number of leading children’s psychologists in order to ascertain that children born into such a framework can grow up happily and normally.

“It is done with complete transparency. Both partners are fully aware of everything and the objective is to have and raise children according to halachah.”

He says that in most of the cases, the wife is an older woman who has failed to find a partner, and so is willing to enter such a marriage in order to have a child. In a minority of the cases the wife is a lesbian.