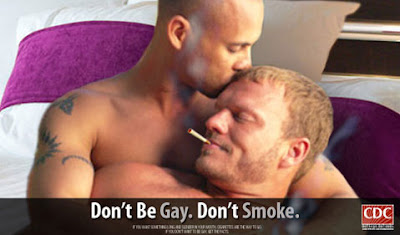 Insert a phallic object in his mouth for a guy, that's still a little queer ...

In any case, the ironic conclusion of a satirical website false American, The Onion. The site has been the specialty of diverting the major topics of debate at the time, and is generally well done.